It was almost bang on a year ago that I blogged about finding a new Spider for Norfolk, the gorgeous, Nigma walckenaeri. For a reminder, that blog post is HERE.

So, to rewind a year quickly, we enjoyed watching the individual last year, as it lied still under its camouflaged web, unaware of its significance to the region. That was short lived however, when after just a couple of days, me and Dad never saw it again. We searched and searched and came to the conclusion that it'd either retreated into the thick undergrowth of the Jasmine or, been predated. Either way, we never did find it, or any other webs.

Fast forward back to present day, me and Dad are having a mooch around his garden when "Bloody hell!", or words to that effect, bellowed across the garden - I'd found another Nigma walckenaeri web. Then another..and another..and another..and, well, you get the idea! Known only on Ivy, in my past experiences with the species, and I think, generally, we counted EIGHT separate webs on a small potted Lilac plant! Six of which all containing N.walckenaeri and two that were empty. A further search on 'the' Jasmine from last year produced another two occupied webs but yet again, a big fat zero count on the big, well established Ivy which stands tall within 20-30ft of those we had spotted.

Pip Colyer, the Norfolk Arachnid recorder was of course, appreciative of the records and confirmed that there had been no others since our own, last year. So not only has Dads garden got the county's first record but now the 2nd, 3rd, 4th, 5th, 6th, 7th, 8th and 9th!
To find one, was special but the chance this may now be a small colony with no other nearby records, is rather exciting. A thorough search and count next year may tell us for sure??

Some pics of this years observations: 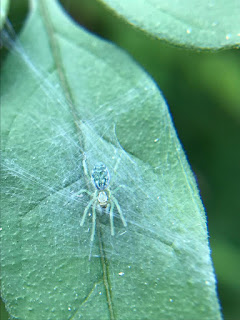 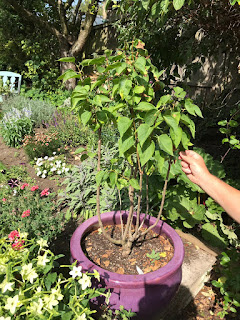 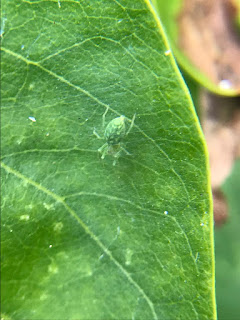 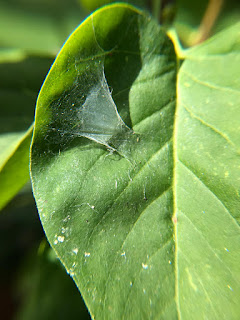 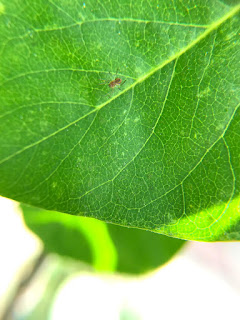 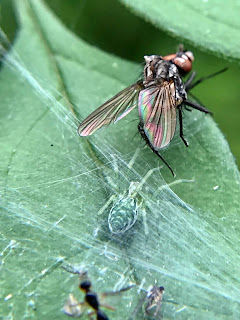 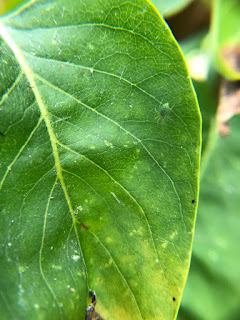 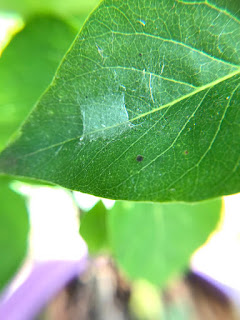 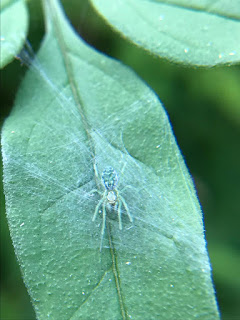 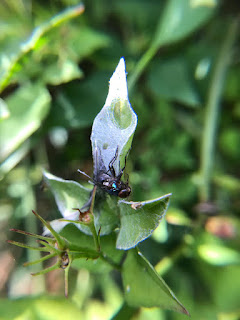