Kinda got to thank our dog for this one..
We went for a nice, peaceful walk over the local common this morning. Something we do a lot and somewhere I spend a lot of time. One stretch of our route took us along a narrow stretch of the River Nar and it was here that our trusty dog done what dogs do and sniffed out something along the waters edge to roll in!
I was curious at what triggered his mental dog urge to roll in something that stinks, so walked back to investigate. My first thought was that it must be Fox with a dodgy stomach as surely an Otter wouldn't be along such a narrow stream of water? We're talking mostly no deeper than knee height and maybe a metre wide at best - surely not?? I'm not exactly hot on mammals. I mean, I could name them but as far as habits, droppings, behavior etc goes - I'll need my books for those finer details. 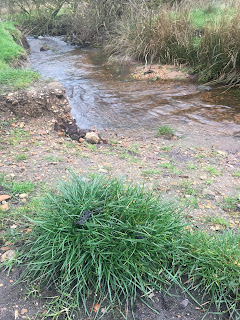 So that's what I did! Bit of research and then went back to look for more and hopefully a track or two. The recent showers didn't help with finding any tracks but I did find more spraints dotted around a certain area, on the bank of an open bend in the stream, which I collected and brought home for a closer look...as you do.
First thing that got me - the smell. Man, that must be the nicest smelling shit I've ever smelled! It was almost sweet and like some wine connoisseur, I found myself in my garden, swirling it around and holding it under my nose, picking out subtle undertones of fresh haylage mixed with the gentle whiff of fresh fish and not forgetting, a small pinch of lavender!
It was black, sticky and gungy looking and after a bit of rinsing and sieving, was found to be mainly full of small bones but also fish scales. 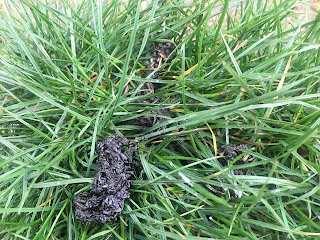 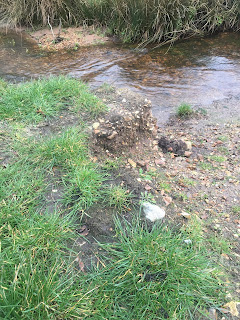 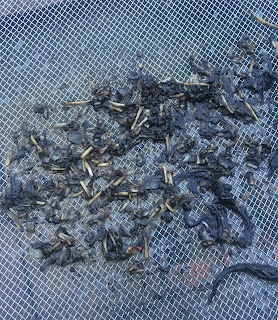 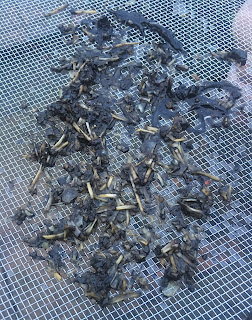 So yes - signs of Otter in a place we've never seen anything before but we did see them in the last couple of yrs, some 5-6 miles further along the same river system, which I've since learnt is well within range for an Otter to roam. Perhaps the recent high water levels has something to do with it?

Either way, I'm a happy bunny to have these beauties in the neighbourhood now!