Things are livening up

A nice day on Staines and Stanwell moor(s) today, one of those days where I forgot that I had to be back for a certain time and had a few mild panic attacks when it dawned on me to actually check the time - I could've lost myself there all day today.

Straight away, from Hithermoor road, the airwaves were alive with birdsong. Chiffchaffs were busy chiff-chaffing away, two male Blackcaps were competing too, a single Cetti's Warbler was bellowing its unmistakable song a little further down the path, Greenfinches, Goldfinches, Robins and even the usually peaceful Collared Doves were having a good crack at it!
The Blackcaps for me, had already made my day. Any sign what-so-ever that Spring is in full swing, makes for a happy Keith.

At the gate through to Stanwell moor was another male Blackcap, not particularly bothered by my presence and also busy singing, just above my head in the brambles. A lone Song Thrush was also perched and keeping an eye out: 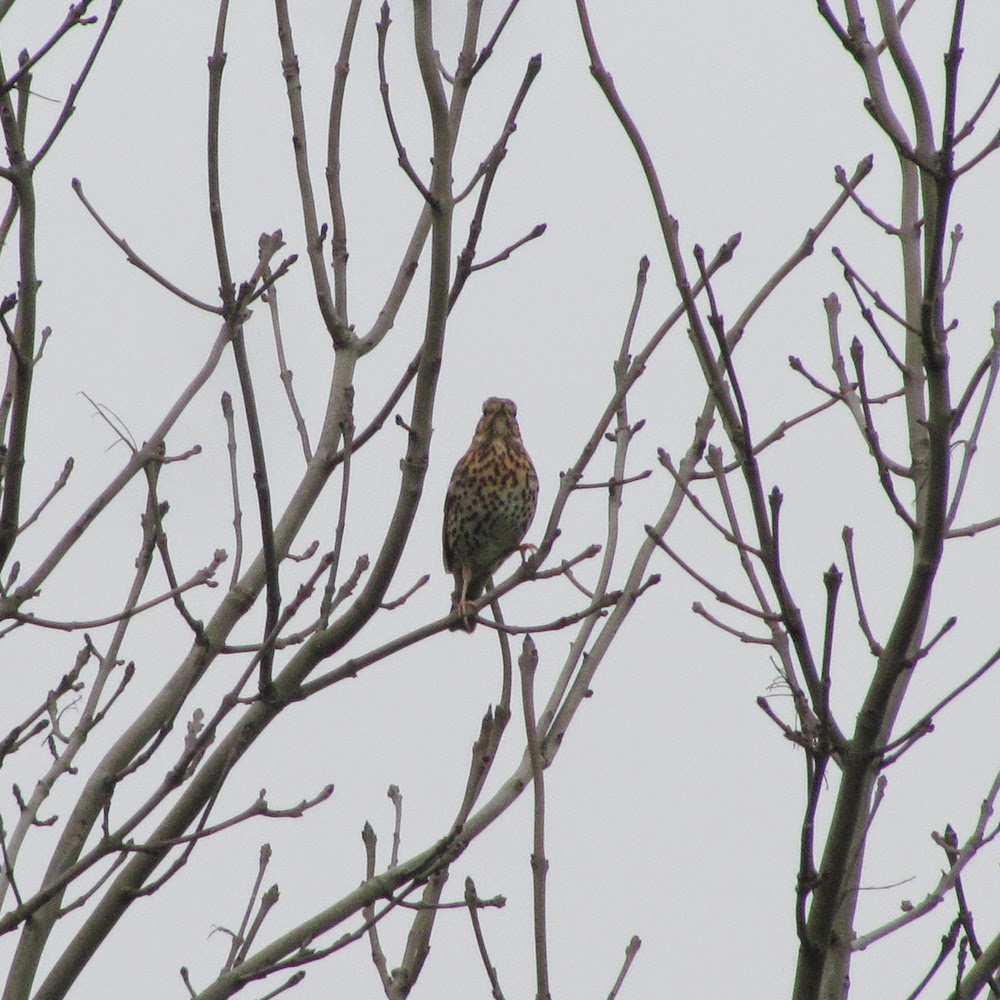 From the boardwalk, I noticed 2 white blobs over on the Eastern side - these were to be Shelducks, and a pleasant suprise to see them busy feeding instead a quick fly over glimpse.
Excuse the shoddy photo, they were quite a way away: 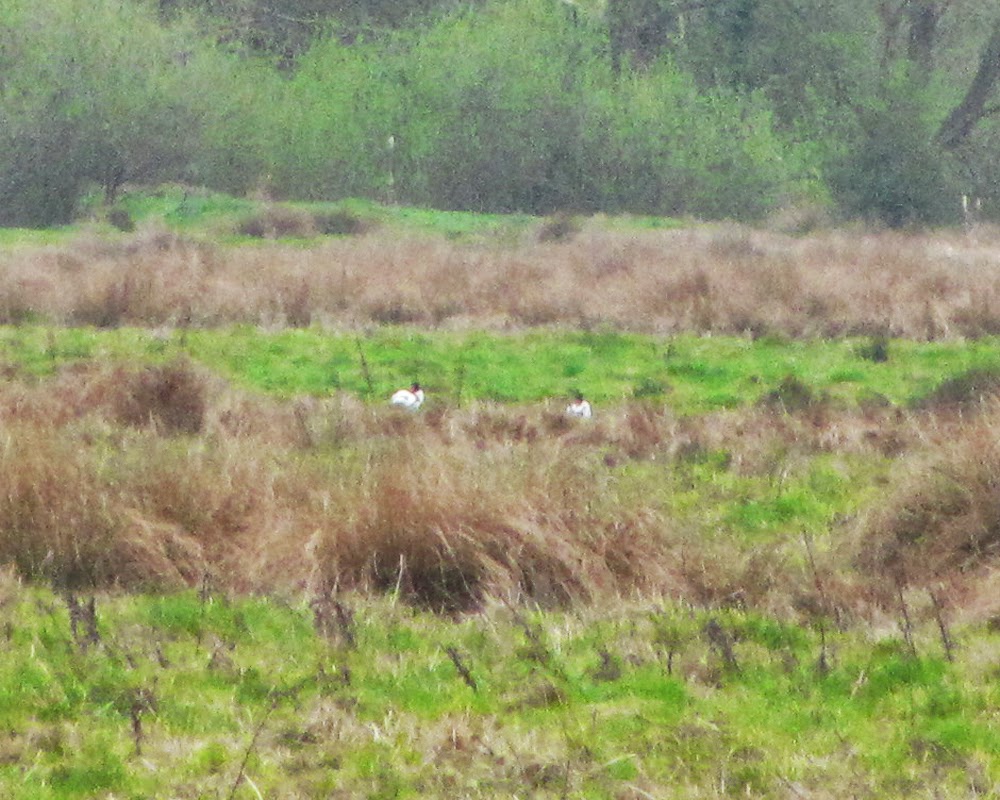 A small flock of Meadow Pipits were darting around in the grass along the Colne, chasing each other about and calling. This one was kind enough to pose for a photo: 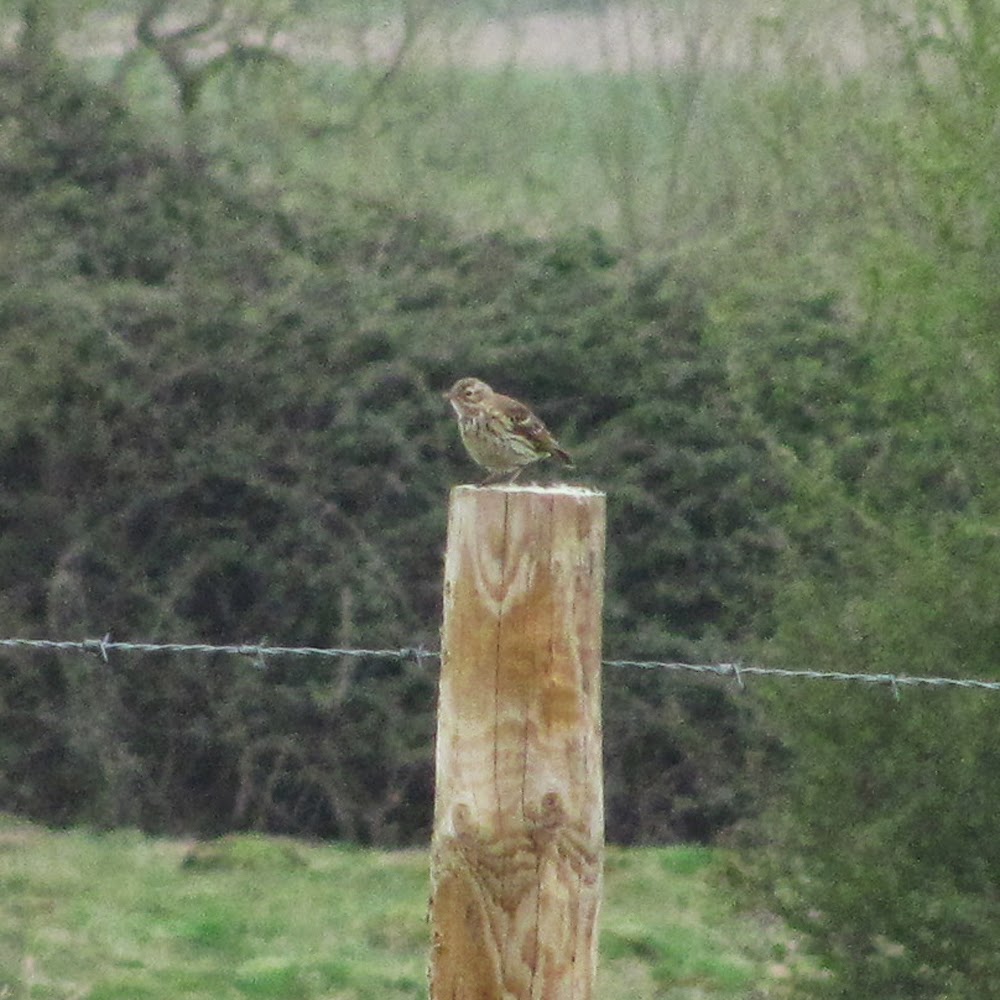 The Kingfisher; one of my favourite British birds has eluded me on the moor this year, until today! It zipped along the water from the boardwalk to perch for a few minutes on the metal rails of the concrete bridge - an absolute pleasure to watch.
A Buzzard drifted over from the South side but stayed at a nose bleed height before drifting off into distance, soon after. A male Peregrine offered much more generous views - as I was sat on the mound by Butts pond, it came tearing past at my eye level from the South, a great view but sadly too fast for a photo, sorry.

For a brief moment I got rather excited at a certain corvid, with an obvious broader bill, for it to be one of the Carrion Crows with a gob full of nest material! 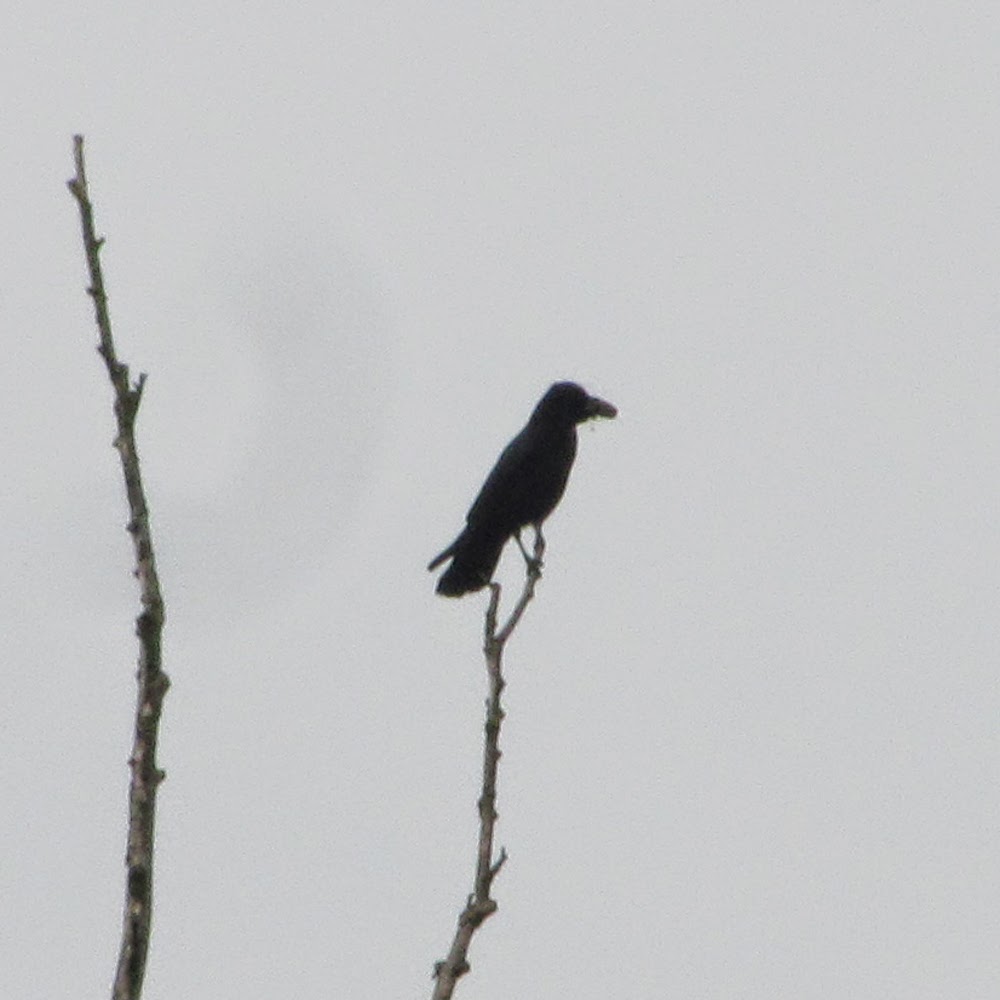 It was a great day for butterflies today, I saw 2 Small Tortoiseshells, 4 Orange-tips and 6 Peacocks - all of which were absolutely immaculate. 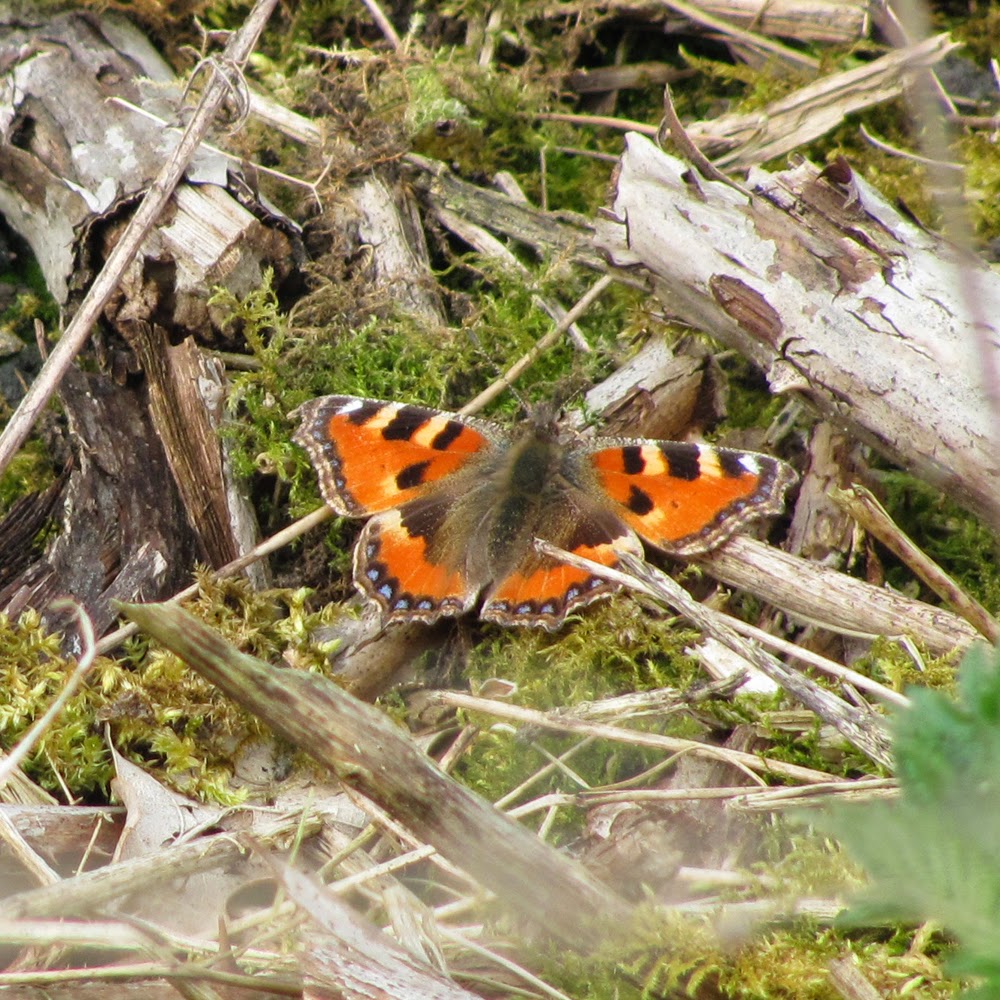 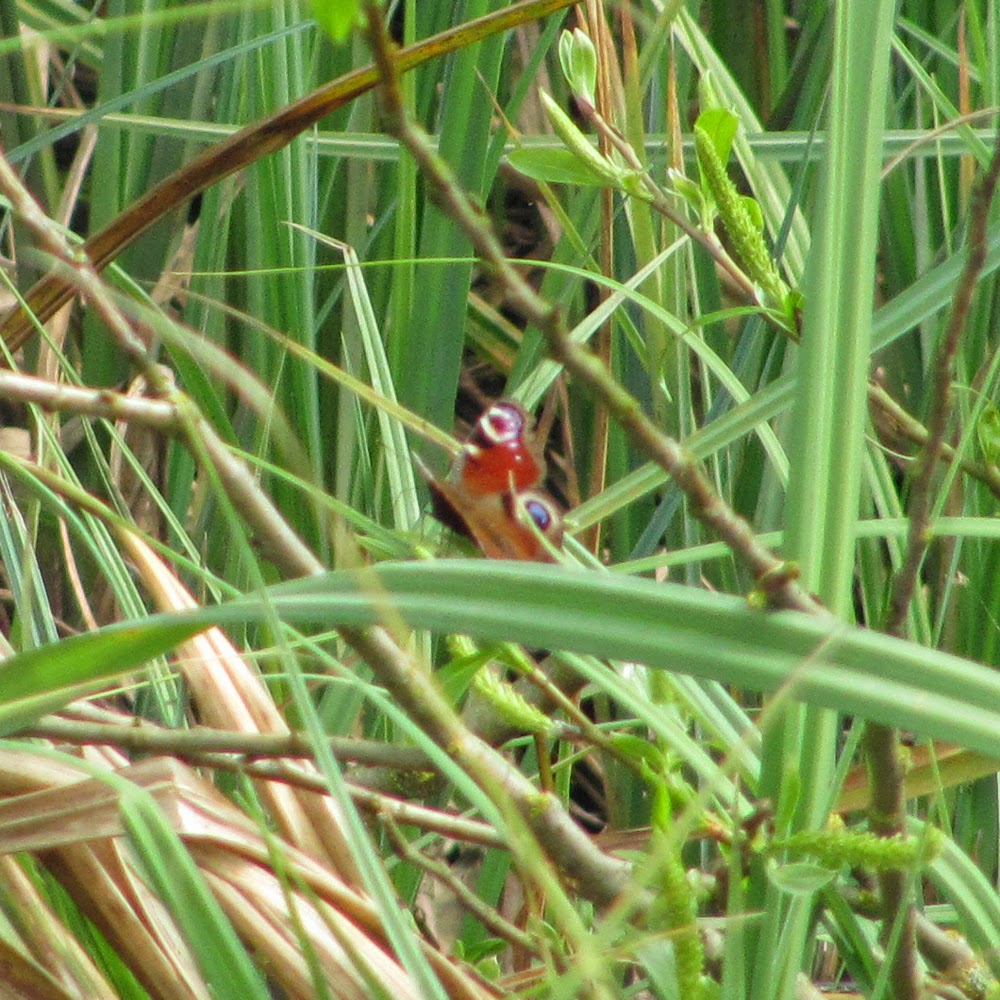 I also noticed a lot of (what appear to be) the same species of Caddisfly, smaller than I've seen before but out in abundance and until I 'pot' one for ID, it will remain nameless!
2 Bee Flies (Bombylius major) were a nice suprise, as were a couple of 'Moth flies' dotting around in the NE corner, by the water. Again, I couldn't tell you what species but even with a specimen, that Psychodidae family is massive and hard to pinpoint.

A Red Kite drifted over the NE corner but was soon ushered off by a couple of very assertive Lapwings: 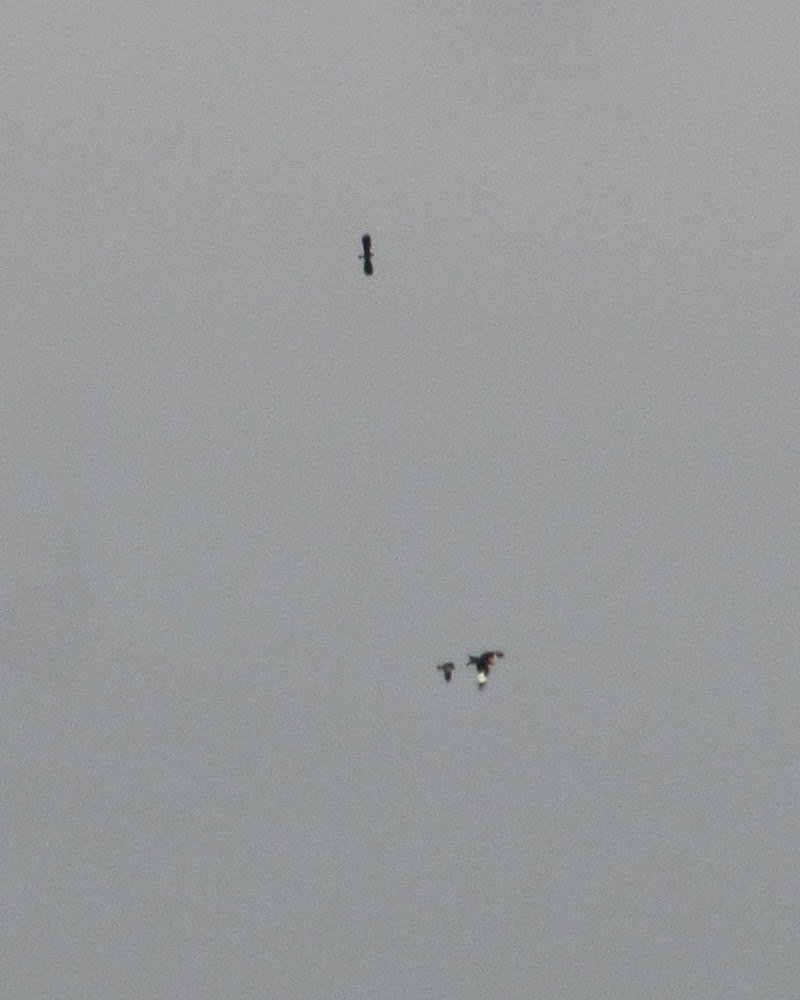 Nothing MEGA but there were quite few Stock Doves about today, a first for me on the patch, I counted 8 in total. 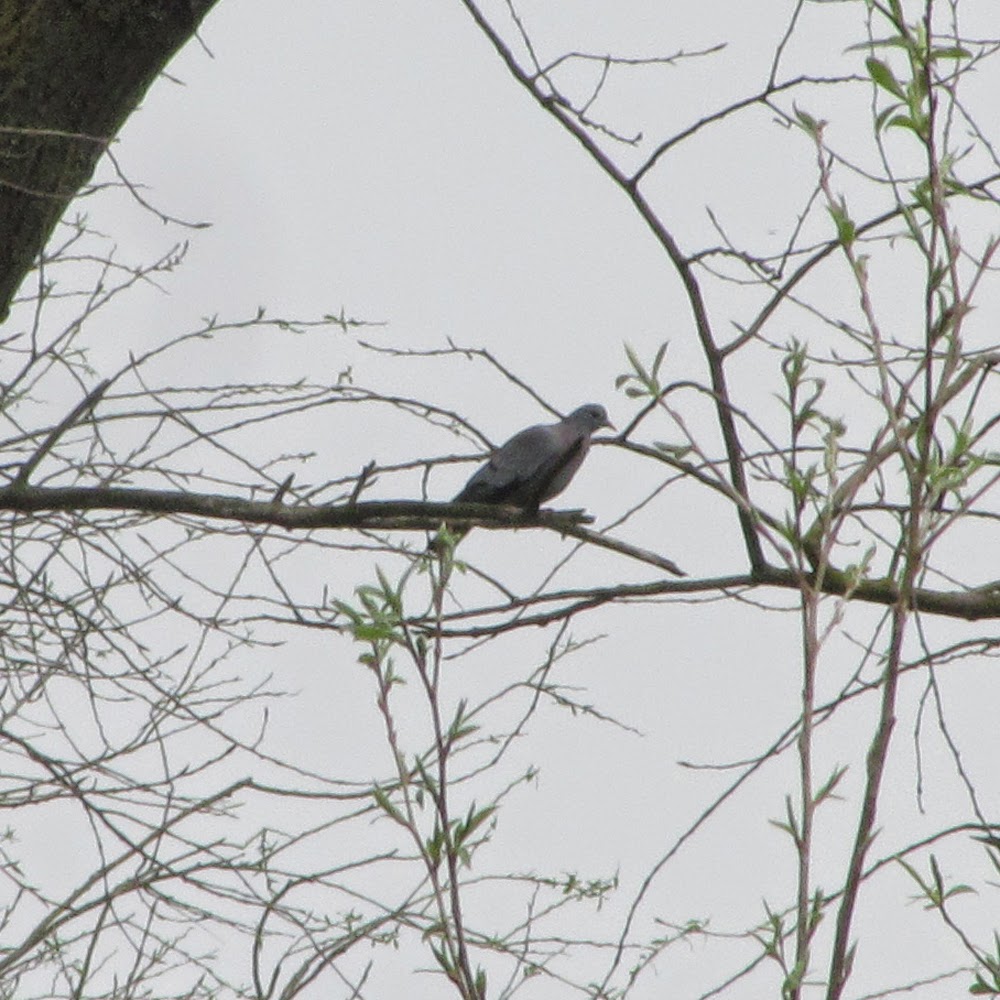 I'd thought most of the Winter thrushes had moved on but was soon put right when a flock of 34 Fieldfare made themselves known as I made my way back through Stanwell moor.

All in all a lovely day out on the patch, I wont list every little thing as this was supposed to be a 'quick' write up - sorry!